Helping Others - What Did Jesus Say? 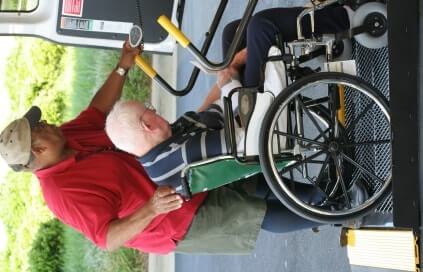 Helping others was something Jesus did on a daily basis. He was constantly approached by people, but He always found time to stop what He was doing to help those in need. This is a lesson we must learn if we want to be anything like Jesus, our savior.

While Jesus was teaching one day, a man in the crowd tried to test him to see if he would give a wrong answer. He asked Jesus, what he must do to inherit eternal life.

Jesus, who knew the man was a lawyer, told him to follow the law, which says to love God and love your neighbor. In order to justify himself, the lawyer asked who his neighbor was. Jesus then responded with this parable.

Luke 10:30-37 And Jesus answering said, A certain man went down from Jerusalem to Jericho, and fell among thieves, which stripped him of his raiment, and wounded him, and departed, leaving him half dead. And by chance there came down a certain priest that way: and when he saw him, he passed by on the other side. And likewise a Levite, when he was at the place, came and looked on him, and passed by on the other side. But a certain Samaritan, as he journeyed, came where he was: and when he saw him, he had compassion on him, And went to him, and bound up his wounds, pouring in oil and wine, and set him on his own beast, and brought him to an inn, and took care of him. And on the morrow when he departed, he took out two pence, and gave them to the host, and said unto him, Take care of him; and whatsoever thou spendest more, when I come again, I will repay thee. Which now of these three, thinkest thou, was neighbor unto him that fell among the thieves? And he said, He that shewed mercy on him. Then said Jesus unto him, Go, and do thou likewise.

To the Jews of Jesus' time there was no such thing as a "good Samaritan." Jews and Samaritans hated each other for religious and political reasons. The fact that it was a Samaritan who helped the Jewish man shows we are all neighbors. It also shows that God is interested in showing mercy rather than maintaining prejudice.

Not to mention the fact that the Jewish priest and Levite who are temple assistants, and are usually recognized as servants of God didn't lift a finger to help the man who was badly beaten.

Then since this is the case our first priority should be to ensure that justice is carried out around us, that we show mercy to our "neighbors," and that we practice our faith and not just talk about it, while letting go all stereotypes, forms of discrimination and hatred.

A rich young man was wealthy enough for this life but he wanted to know about eternal life. He was unsure of his destiny and came to Jesus seeking security for his future.

Luke 18:18-25 And a certain ruler asked him, saying, Good Master, what shall I do to inherit eternal life? And Jesus said unto him, Why callest thou me good? none is good, save one, that is, God. Thou knowest the commandments, Do not commit adultery, Do not kill, Do not steal, Do not bear false witness, Honour thy father and thy mother. And he said, All these have I kept from my youth up. Now when Jesus heard these things, he said unto him, Yet lackest thou one thing: sell all that thou hast, and distribute unto the poor, and thou shalt have treasure in heaven: and come, follow me. And when he heard this, he was very sorrowful: for he was very rich. And when Jesus saw that he was very sorrowful, he said, How hardly shall they that have riches enter into the kingdom of God! For it is easier for a camel to go through a needle's eye, than for a rich man to enter into the kingdom of God.

Notice how Jesus did not challenge the young ruler's claims about his life, but said that he still lacked just one more thing. He then told the young man to sell all that he had, distribute to the poor, and he would have treasure in heaven.

This focused on his wealth and caused the rich man to become very sorrowful because his money was obviously most important to him.

However, Jesus clearly makes service to others the last indication of fitness for eternal life aside from keeping the ten commandments.

Therefore real wealth involves following Jesus by living not to be served, but to serve others and to devote one's life to the well being of others.

Have You Neglected This Righteous Cause Of God? 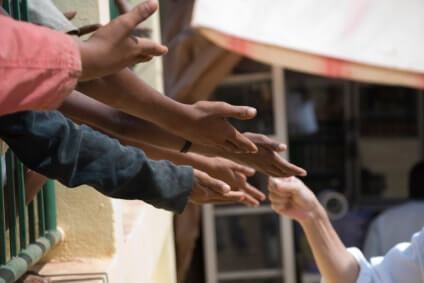 There are certain things you should know if you intend to be a righteous man or woman in Christ while rightly working in the kingdom of God. As...


Helping Others - What Did Jesus Say?

Helping others was something Jesus did on a daily basis. He was constantly approached by people, but He always found time to stop what He was doing...