How Do You Resist Temptation From The Devil? 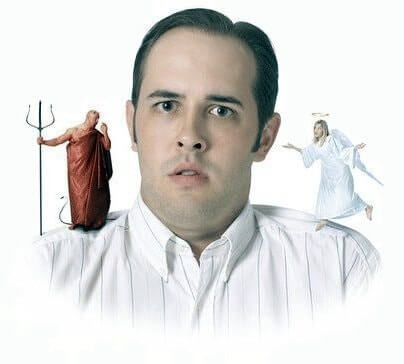 How To Resist Temptation

When was the last time you tried to resist temptation and failed?

And didn't you feel horrible afterwards?

Or if you succeeded do you remember how painful it was to resist?

And haven't you ever wondered why temptation is so hard to resist in the first place?

If so, then read on so you can learn four Biblical and practical ways that could turn the tides of temptation in your favor for good.

How To Resist Temptation

Ps 1:1 "Blessed is the man that walketh not in the counsel of the ungodly, nor standeth in the way of sinners, nor sitteth in the seat of the scornful."

To put it plainly.

Mt 6:22 "The light of the body is the eye: if therefore thine eye be single, thy whole body shall be full of light."

And when I say watch the right stuff this not only applies to what you look at but also what you listen to because they both create images in your head.

And this includes anybody or anything that can show

you the word of God.

And making the popular and funny but fouled mouthed co-workers respect what you're trying to do.

Or simply refraining from listening to that really good popular song that you and everybody else likes that talks about sex and adultery.

Then and only then will you continue to do what's right.

And why would you want to do that?

Give Up Selfish Ambitions and Desires

and in his law doth he meditate day and night."

Right now your brain is probably swamped with desires and images that go against spending more time with the word of God.

You may want to read the Bible for an hour everyday because you know it'll benefit you, but you'd rather hang with your friends, watch TV, or surf the web for that hour because thats what you're used to doing.

Plus, that seems alot more entertaining.

Or so you think.

But while this is true you need to get this through your thick skull, doing those things can't even come close to matching the benefits of spending quality time with the word of God.

So do yourself a huge favor and don't even think about jumping head first into the word of God even if you've just been absent for a little while.

But what you should do is start small and build up some momentum.

Set aside 15 minutes at the same exact time everyday and focus on not missing any days or being late to start.

Play don't break the chain and gradually increase the time by 15 minutes every two weeks.

And before you know it you'll be locked in at that hour of reading the Bible every single day.

Then you'll be creating the images that'll form the habits that could grow and last your whole life like the Bible says they should.

Plus, you'll be undeniably benefiting greatly along the way.

And why stop there?

You could push yourself even further by going for two, three or even four hours a day.

How To Resist The Devil

Be Bold And Daring

Ps 34:19 Many are the afflictions of the righteous: but the LORD delivereth him out of them all.

You know what that means, it means the more faith you have the more you'll be tested on.

So, if you're doing the first two steps: effectively replacing distractions and building momentum in the word of God then here comes the hardest part of all.

Practice is over, it's game time, so are you ready to score?

This is when you actually have to do what the word of God says to do in certain situations when they arise.

Which according to Jesus boils down to:

Seeking the kingdom of God first and ends with repaying evil with good.

This just so happens to go against every emotional feeling in your mind and almost all traditional ways of thinking.

But, doing these things when it counts is like hitting the game winning buzzer beating jump shot in basketball as time expires and the crowd goes wild.

Which shouldn't be a problem if the word of God is rooted inside of you as opposed to the worlds way of thinking from persistent training.

And keep in mind.

You'll get good at some stuff first and others will take longer to get used to, but you'll get it eventually if you take heed to the last and final step below.

Be Ruthless and Over Protective

Ps 119:4 "Thou hast commanded us to keep thy precepts diligently."

There will come a time when you're benefiting greatly from doing the word of God.

A time when your life is peaceful and everything is going well for you.

Your faith will be high and the word of God will be working exactly like God said it would and youll see it clearly with your own eyes.

Isaiah 26:3 "Thou wilt keep him in perfect peace, whose mind is stayed on thee: because he trusteth in thee."

So now I have to say this.

Never ever compromise the word of God or underestimate your former addictions.

This is extremely important.

Because the devil won't ever stop trying to tempt you.

This is about the only time I can think of when it's good to be ruthless.

If you quit drinking don't make an excuse to go to a place with friends where alcohol will be served.

If you quit smoking don't go out to talk with your friends that smoke when they want a cigarette.

If you used to sleep around...

You get the picture.

So like I said before be ruthless with yourself and never compromise or underestimate.

And for goodness sake don't judge people with these addictions.

And most importantly stay in the word of God by reading, praying and going to church.

That way even if you do fall you can get back up again quickly with help from the Holy Spirit.