Are You Serving God The 3 Ways Jesus Told You To? 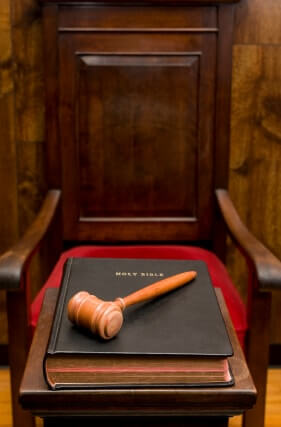 If you want to know three extremely despised ways for serving God that were taught by Jesus Christ, that most people aren't willing to do which will put you over the top in favor with Him by helping Him bring people in line with His will then open your mind and get ready for this.

Can you imagine a world where everyone goes out of their way to help the people who do them wrong?

A world where if someone slaps the taste out of your mouth, instead of slapping them back you turn the other cheek so they can slap you on the other side too.

Or if someone angrily says you owe them fifty bucks for something you never agreed to and you better pay right now or else, but instead of arguing and fighting you give them one hundred dollars, thank them for their time and continue on your way.

Or what if someone asks you to give them a ride to work and you decide to not only give them a ride there but to also pick them up late at night from all the way across town without asking for gas money while disturbing your own sleeping habits? (Matthew 38-42).

Does this type of behavior sound ridiculous to you?

Well, it probably does and here's why.

The truth is it is extremely difficult to do these types of things for your own loved ones even when you guys are in good standing with each other let alone for someone who curses you out at work, talks bad about you in front of your peers, then tries to get you canned from the job.

Principle #1 Bless Those That Curse You

In Matthew 5:44 Jesus taught "But I say unto you, Love your enemies, bless them that curse you..."

So if someone curses you out and talks bad about you either to your face or behind your back at work according to Jesus you should say good things about them and keep doing it even if they continue to talk bad about you.

You would either A. curse that person back out something fierce, B. try to beat him up, cut him, or shoot him or C. Talk bad about him behind his back to get him dis-liked by other co-workers and maybe even fired if it were within your capabilities.

Now, if your answer is D. all of the above, we've got some serious work to do.

So let's get started.

But I must warn you, here comes the part where most people get frustrated because their emotions are trained to disobey God in favor of the pleasures of the flesh and as long as you associate with enough people who do it and approve of it too, it will always seem like the right thing to do.

Some people even go as far as to take pleasure in the dangerous emotion called anger which in most cases is fear based and self serving allowing the devil to destroy peoples lives with combination bonuses like a video game.

All because yes, being obedient to God requires training. The type of training that causes temporary suffering in the flesh.

Principle #2 Do good to them that hate you.

It shouldn't be a surprise but the same people that hate you are the ones who "curse you" as Jesus put it.

Now these people might believe they have good reason to hate you, and maybe society would agree.

But let's take a look at an example.

Let's say you got drunk at a party with some co-workers and talked to a co-workers spouse and that person approaches you and the two of you almost get into a fight because you're not thinking properly under the influence.

The next day you feel horendous and try to apologize for the horrible mistake only to receive a death threat from your enraged co-worker.

The battle has now started.

The first thing that comes to your mind is self preservation. You know you didn't do it intentionally neither do you hate this person or want their spouse.

But you don't know if the person really will "kill you" like they said.

What do you do next?

Principle #3 pray for them which despitefully use you, and persecute you

Wait, before I continue I just want to say that somebody planning to kill you or beat you up is considered some serious persecuting and if you've ever been in a situation like this you know.

Now, on the other side someone trying to pick up your spouse can also be considered some serious persecuting and if you've been on this end you also know.

And I'd like to add that an angry person or an "eye for an eye" person will always respond in retaliation against someone who did them wrong even when it's unjust to do so and acording to the Bible in this case it would be unjust for that person not to forgive you even if you didn't apologize.

And you might not have apologized at all, but could have made excuses to justify your wrong doing in order to make it seem exceptable.

You could even go as far as to dare that person to try and beat you up to see what will happen so you can do something bad to them instead.

But at this point either you or the other person can turn to God through prayer and become justified through faith.

Just pray and ask God to forgive you, that person and help the both of you do what's right according to His word as apposed to how both of you may feel.

Most importantly pray for a change of heart for the other person for their sake so they don't end up doing themself and their family more harm than good by responding in fear and anger.

Your family and their family will be the biggest losers if you were to die and they were to get the death penalty or vice-versa.

But if it gets that far the unforgiving person missed out on a great oppurtunity to be blessed.

If that person would have responded by using principle #2 do good to those that hate you or in this case do something hateful to you.

God would have been able to come in and bless this person immediately and you the wrong-doer may have been brought to tears and repented to no end to God and that person and when a person is that convicted believe me you'll beg for forgiveness with your whole heart.

The image in your mind will keep you so far away from ever doing something like that again that it won't even make much sense to you or them.

And if you were not born again you could easily be be-friended, preached to, converted to Christ and maybe even turned out to be their most loyal, life-long best buddy old pal and most importantly a great asset for the kingdom of God.

And that person would have earned a boat load of blessings from God, looked and felt like a super-hero and gained respect from God, angels, men, and especially you.

This type of scenario is very possible but few people ever see it with their own eyes because few are willing to train themselves to respond in love no matter what happens, what it looks like, or how it makes you feel.

All because few people are willing to spend time reading, praying and practicing what the Bible says to do.

And few people are willing to get away from the bad influences in their lives that stop them from gaining ground in the kingdom of God.

The apostle Paul even said it plainly in Romans 12:21 "Be not overcome of evil, but overcome evil with good."

Which, if meditated on will help you remember to respond in love instead of anger and for the right reason even if someone did you really, really bad and I'm sure someone has.

But if you want to bear witness to the awesome power of God, serve God, receive blessings, help others, and move up in faith all at the same time then I suggest you practice serving God the three ways Jesus told you to.


James 4:8 come near to god and he will come near toyou. wash your hands, you sinners, and purify yourhearts, you double-minded. all you have to do is try.


Well put. how true this is on the other hand, wechristian should know, not doing those three, theycan´t and will not ever please the lord.it´s not easybut let the holy spirit take control. if you love thelord you will at least try.

Do You Know What It Takes To Crucify The Flesh?

If you want to know what it takes to crucify the flesh then listen to this. The flesh is the part of us that resists our transformation into the...


Is The Person You Think About The Most Missing God's Point? 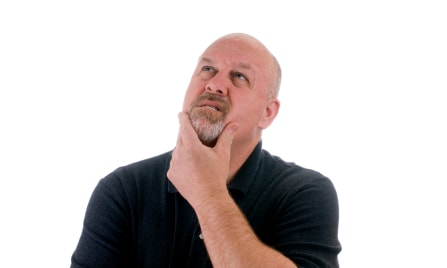 When it comes to keeping Gods commandments have you ever asked yourself am i selfish? Matthew 22:37-39 Jesus said unto him, "Thou shalt love the...


Why The Devil Is He Out To Get You? 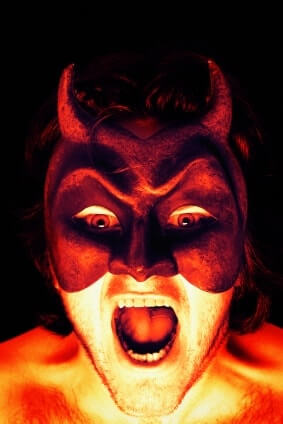 If you want to know the true intentions of God and the devil as they apply to mankind as a whole then listen to this. The devil's agenda for...


Are You Serving God The 3 Ways Jesus Told You To?

If you want to know three extremely despised ways for serving God that were taught by Jesus Christ, that most people aren't willing to do which...


Are You Missing This Deeper Psychological Understanding About The Fear Of The Lord? 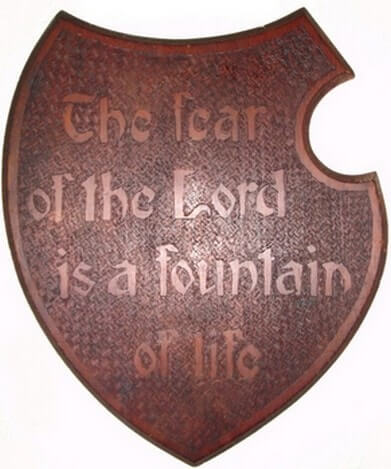 As you begin to read this eye opening article you're going to learn several secrets about the fear of the lord and I'm going to prove to you that...


Which Seven Deadly Sin Must You Overcome? 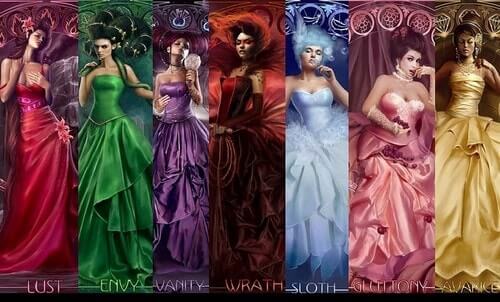 How the seven deadly sins can cause you or someone else's death....


Turn Faith, Hope And Love Into Peace, Joy And Mercy 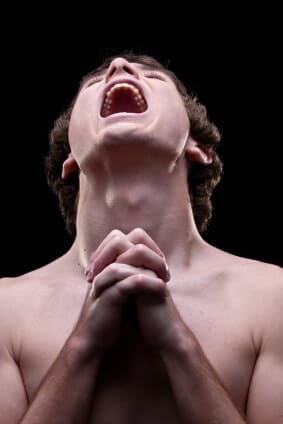 How to build up enough faith, hope and love in the word of God to get more peace, joy and mercy out of life....


How To Grow The 9 Fruits Of Your Spirit 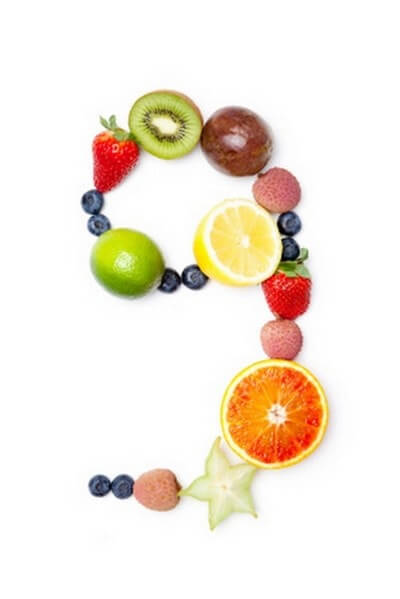 The fruits of the spirit are actions that are practiced from the bottom all the way up....


Is Your Obedience Better Than Your Sacrifice? 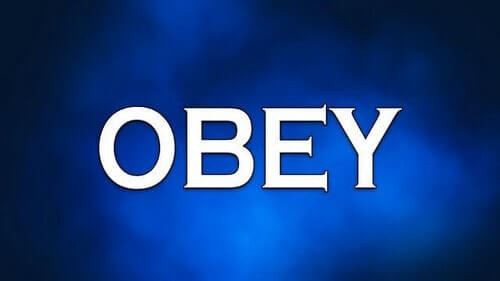 The practical way to follow the Bible based saying "obedience is better than sacrifice"....


What Is The Wisdom Of God? And Who Can Understand it? 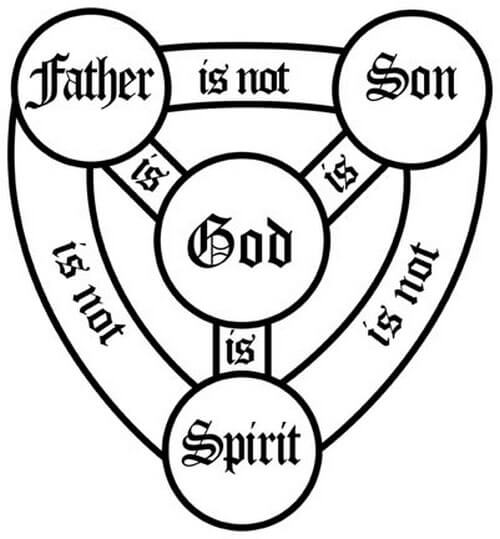